Before COVID-19 gripped the world, people aspired to live and work in cities that offered them the finest options in culture, dining, entertainment and recreation. These attractions also brought in tourists, who frequently chose to stay in short term rentals (STRs) in nearby residential neighborhoods, such as those on Airbnb and HomeAway. Some property owners found that these short term rentals were more lucrative than renting to local residents on a long-term basis. Some even purchased or leased additional homes solely for the purpose of generating income through short term rentals. 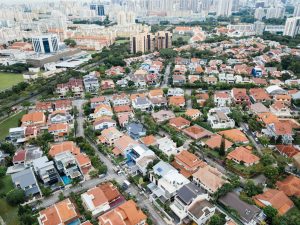 According to many studies, short term rentals drive housing demand and rental costs upward. In one study, the Harvard Business Review linked one-fifth (20%) of the average annual increase in rents and about one-seventh (13%) of the average annual increase in housing prices in the U.S. to Airbnb-style short term rental listings.

However, other studies show a minimal impact on housing costs and demand. A survey of rental costs in Berlin (conducted by Airbnb), showed no significant increase, although that is arguably the result of very strict STR regulations in that city.

City planners who are trying to predict whether or not an increase in STRs will negatively affect housing affordability in their region should look at three variables:

Harmari has analyzed housing data across the country to illustrate some of the warning signs of housing stress. City planners need this information to predict trends and advocate for ordinances that protect housing affordability for their residents.

In the data tables below, Harmari has modeled a nationwide inventory of short term rental listings collected in November 2020 and compared that to the data obtained from the U.S. National Census records for 2019 for total housing units. Percentage vacancy rates are broken down by state and even by county. The results are truly interesting.

By absolute numbers and as a percentage of total housing, it is not surprising that Florida and California lead the way based on population. But the outliers in this list are Hawaii, South Carolina and Colorado. This is likely due to a high number of secondary homes, given the seasonal destinations of those respective states.

But let’s look at this data a different way, sorting by highest STR density compared to total housing:

The 4 states in bold are on both Top 10 lists (by absolute STR count and by STRs as a percentage of total housing). Additional outliers also appear on this chart which were not on the last one, based on relative proportion of total housing. This is even more concerning to those in Vermont, D.C., Montana and Maine, which head this list, because they already have a low housing supply. These remote regions have also seen an influx of people escaping from high-density regions prone to the spread of COVID-19.

When you compare these numbers to the same Census values for Rental Vacancy Rates, the alarms start to sound for these remote states. It doesn’t take a rocket scientist to conclude that once the STR density percentage equals or exceeds the rental vacancy percentage, tenants are losing housing to tourists. The big states are on this list, but the smallest of the states are on there, too.

Below is a breakdown county-by-county for California, Colorado, and Florida. The numbers point to a strong connection between high tourism and reduced housing availability, and in some cases the percentage density of STRs to total housing units spikes up to 50%!

California has a strong four-season tourism economy within its own state, with over 840 miles of Pacific coastline and skiing destinations in the Sierra Nevada mountains within a 2 hour drive for most residents.  Below is a table broken down County-by-County within California of short term rentals as a percentage of total housing:

Mono County surrounds the Town of Mammoth Lakes, a very popular ski destination within a 2-hour drive of the Los Angeles metro area. Alpine County has three large ski resorts within an hour’s drive of Sacramento, and Mariposa County is on the doorstep of Yosemite National Park.  These regions have less commercialized accommodations for tourists, and short term rentals have filled that demand.

Colorado has historically been a winter tourist destination, but many cities have witnessed a recent economic and industrial revival, recovering from the corporate oil exodus of the 1980s.  Below is a table, broken down County-by-County within Colorado, of short term rentals as a percentage of total housing:

Topping the list is Summit County, which contains Keystone, Breckenridge and other prime skiing and mountain destinations. San Miguel County contains Mountain Village and Telluride, also great choices on the Western Slope. Routt County contains Steamboat Springs, a phenomenal skiing destination. Note that these counties have less commercialized property such as hotels and resorts compared to the more well-known regions of Aspen (Pitkin County) and Vail (Eagle County). Therefore, they do have a higher proportion of alternative short term rental accommodations to meet the demands of the tourism market.

The classic Suncoast state of Florida has always been a tourist destination, but it is also home to a huge economy driven by agriculture, shipping, and aerospace. Below is a table broken down County-by-County within Florida of short term rentals as a percentage of total housing:

Topping this list is Walton County, which has Miramar Beach, Grayton Beach, and Rosemary Beach. Osceola County includes Kissimmee, Four Corners, and St. Cloud, and it is close to attractions like Walt Disney World, Universal Studios, and the Orlando metro area. Monroe County is the 108 mile long stretch of the Florida Keys including cities Marathon and Key West. Okaloosa County contains Destin, Fort Walton Beach and Santa Rosa Island. Except for Osceola County, many of these counties have fewer commercialized accommodations like hotels and resorts. This drives up demand for short term rental accommodations.

City planners need to take inventory of the risk factors in their municipalities that could lead to STRs negatively affecting housing affordability. With carefully planned and enforced ordinances, any region can enjoy the income from tourism without sacrificing quality of life for its residents.

Contact Us to learn more about Harmari STR helps protect housing stock for your community.