California Wants to Collect Transient Taxes from Airbnb and other Short Term Rental Platforms, But Will It Benefit Municipalities? 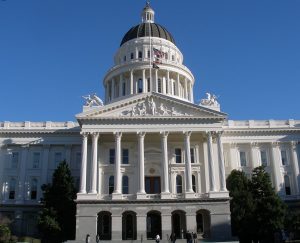 California is on track to create a statewide program that will collect transient occupancy taxes (TOT) from short-term rental (STR) platforms directly and then redistribute the funds back to participating municipalities. The bill (SB 555), introduced by State Senator Mike McGuire, would be administered by the California Department of Tax and Fee Administration, and local municipalities could choose whether or not they want to opt in. The bill already passed the Senate Governance and Finance Committee in a unanimous vote. According to McGuire, “Hundreds of cities and counties don’t collect bed taxes from short-term vacation rentals, and this is a simple statewide solution.”

City planners who are deciding whether or not to opt into the program face two big challenges: not only do they need to be clear on their own specific circumstances, but they also have to make their choice without yet knowing the final administrative cost of the program.

What the New Plan is Offering

Transient Occupancy Taxes are local taxes that are imposed on individuals who occupy a rental property for fewer than 31 consecutive days, and most cities in California have ordinances in place that allow them to collect this tax. In other parts of the country, this tax may have different names such as bed tax, lodging tax, occupancy tax, room tax, and tourist tax.

California’s proposed plan will collect TOT directly from STR platforms in participating municipalities. The revenue will go into a Local Charges for Short-term Rentals Fund, and the money will be redistributed back quarterly.

Municipalities don’t need to join the program. If they do want to join, they are required to first enact an ordinance permitting it. Once in the program, TOT revenue can be collected only by the State. Participating local agencies will be listed on the State’s website, along with their rates and specifics terms of their agreements.

Some Alternatives to the Plan

As a result of agreements negotiated with local city planners, Airbnb already collects and remits TOT in over 70 California jurisdictions. In Marin County alone, its voluntary collection agreement with Airbnb brought in more than $427,000 in additional TOT revenue in the 2017-2018 year, and more than $1.3 million the year after that.  Sonoma County allows “Airbnb-exclusive” STRs to operate as long as they only allow booking through Airbnb and not direct, and not through any other intermediary, and as long as they obtain a permit through Permit Sonoma or operate in the Coastal Zone.  If a City or County does not have the clout or resources to negotiate directly with the STR platforms, they can instead create their own STR compliance program that addresses code compliance and quality of life issues as well as revenue collection.  For the region that does not have either option available to them, the proposed State plan could be an efficient way for them to reclaim lost revenue.

Who Is Going to Pay and What Will It Cost?

As Marin County finance director Roy Given points out, the bill states that the administrative costs of the program will be shared proportionately by the participants. There is no estimate yet of how much that will be, and Airbnb and other platforms will not bear any of the cost.

There is no way yet to know if the State of California will run an efficient, cost-conscious program or not, and the first municipalities that sign up will need to take that risk.

What is the Plan Not Providing?

One positive of the bill is that it seems to be a good way to collect from every STR listed on major platforms in a participating region. The negative is that the Cities will not have any access to information such as the host name or the STR address. The bill would “make it a misdemeanor for any … employee of the department … to disclose or make known in any manner information as to the amount of any local charges or any particulars, including the business affairs of a corporation, set forth or disclosed therein.” Individual towns would still have to do their own legwork to track down operators and units for code compliance and quality-of-life issues.

The language of the bill specifies only the “short-term rental facilitator”, where facilitator means platforms like Airbnb, Expedia, TripAdvisor, and others.  Independent hosts will not be part of this program, and municipalities would still have to find those hosts and their “book direct” websites themselves. New problems might also arise if a host rents individually and on an STR platform. Any legitimate attempt by participating Cities to collect the portion of TOT that was generated off the platforms could be muddied by their involvement in the State program.

The definition of a short-term rental facilitator might also miss smaller groups that serve the same function but on a scale that puts them below the State’s radar.

Once in the program, the City agrees that only the State can collect revenue from hosts using STR platforms. This may complicate matters if a City wants to audit a host for other legal reasons. The issue of allowing this right to the City should be clarified in the bill.

There does not seem to be any restrictions on a municipality’s right to enforce land use and code compliance ordinances.

How Does This Compare to Other States?

Whether a transient tax is collected by the State, a local municipality, or some combination varies by state, but the responsibility for following the rules usually falls with the host. In response, many large markets have held STR platforms responsible for their hosts’ compliance as a condition of operating in their region. California’s new bill seems to be a new initiative of a state-wide arrangement with STR platforms.

Contact us to learn more about how we can assist with TOT and Lodging Tax Compliance.