In its initial deployment for Traverse City, Michigan, Harmari STR has successfully identified 297 STR listings, with several non-compliant operators identified.  The City has sent out letters to non-compliant operators which includes citations.  Included in their analysis are short term rentals operating in commercial zones.  They are allowed to do so, but must obtain a permit according to the City ordinance.  A subsection of the STRs in those regions include those renting for outpatient hospital stays.  This is an unforeseen situation, and so City staff are planning to update their ordinance to include hospital stays as an allowed use of STRs.  This is an example of how regulating an industry leads to benefits to the community.

Below is a snapshot of the short term rentals situated near the Munson Medical Center, one of the larger secondary and tertiary care centers in the area. 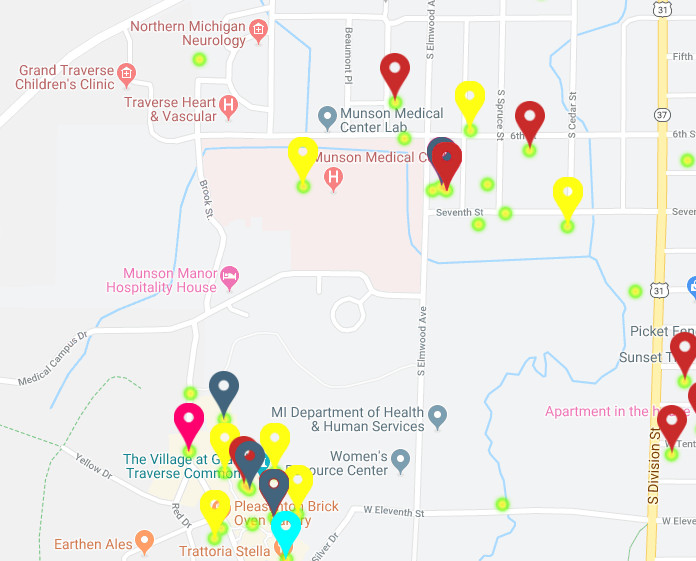